A scaling people-as-a-service firm located in the Midwest is an outsourced digital customer service team ranging in services from digital customer support, back office support, AI operations and microtasking services. Founded in 2015, the company’s fusion of amazing people, culture, innovation, technology, and partnership with the best and fastest-growing brands in the world drives them towards one single purpose: revolutionary customer experiences through consistent, innovative, and world-class concierge-level of services. Our team created a centralized warehouse for internal data sources and an upload tool for any of the company’s data sources that could not be automated.

The company wanted to eliminate user data entry errors and reduce the time it took the end user to create reports delivered to the company’s internal teams or external clients. Untitled was contracted to create a centralized data warehouse and automation solution for the monthly reporting team members complete manually each month. 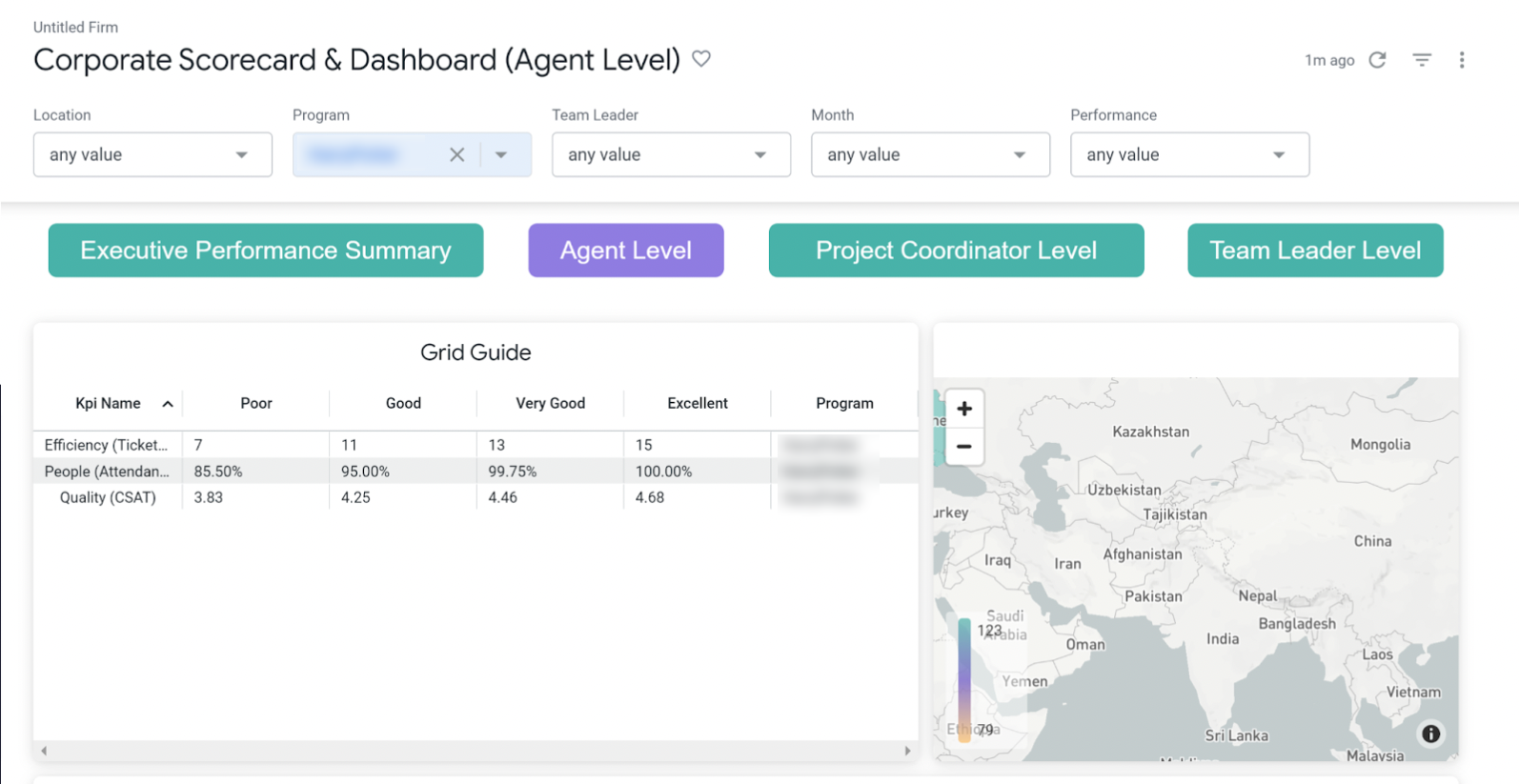 Untitled transformed and streamlined all of the company’s data sources so the organization would have visibility into their own cross-functional teams and their respective KPIs. The ability to drag and drop data sources into one location, and building a BI solution on top of data centralization was the immediate impact in Phase 1 of the Untitled x the company’s partnership.

Untitled is currently moving the company’s data stack onto Distilled to reduce costs. The organization did explore creating and managing their own data environment with BI components, but this would cost around $450k per year combining the salaries of 2 Dev Ops Engineers, a Data Analyst and the licensure for Looker or Google as their BI tool. By moving environments, the company will save an estimated $270,000 per year.

In 2023, Untitled will build a portal for cross-functional teams within the business to further drive visibility between teams.